Here's Who Won At This Year's BET Awards

The BET Awards, known to be culture's biggest night, recently took place to celebrate black excellence within the entertainment industry. Here are some of the winners who were honored and celebrated.

The annual BET Awards which celebrates black excellence in the entertainment industry took place this past Sunday evening, June 26, with a number of celebrities showing up at the Los Angeles Microsoft theater to hopefully bag a trophy or two.

Lizzo kicked off the show with a superb performance of her latest hit, About Damn Time including a surprise performance from Brandy with Jack Harlow and Mariah Carey's impressive high-note performance with Latto.

In the lead-up to the awards show, Doja Cat was the most-nominated person of the night with six nominations. The Kiss Me More singer was followed closely by Ari Lennox and Drake, who received four nods. All three artists left with no wins, unfortunately.

Bruno Mars and Anderson Paak's R&B supergroup was among the big winners. The duo's debut album, “An Evening With Silk Sonic”, was crowned album of the year, while the “Leave The Door Open” hitmakers also took home the award for best group. Anderson won a third prize, video director of the year, meaning he became the most-awarded of the night.

Will Smith, who slapped Chris Rock at the Oscars earlier this year and was banned from the Academy Awards for 10 years, won the best actor award for his titular role in “King Richard”.

The biographical sports drama about the father and coach of tennis players Venus and Serena Williams was also named best movie.

Following the overturning of Roe v Wade, resulting in abortions being illegal for millions of women across America, several stars used their time on stage to blast the US Supreme Court. The night's host, Taraji P. Henson, acknowledged Lizzo's $1 million pledge to Planned Parenthood, and expressed her opinion on the Supreme Court's decision to overturn Roe v. Wade.

Guns have more rights than a woman," Henson said in her monologue. "It's a sad day in America. A weapon that can take lives has more power than a woman who can give life if she chooses to."

She wasn't the only one; several presenters, performers, and award recipients called for action after the Supreme Court's decision on Friday.

Find out which of your favorite actors, musicians, athletes, and directors won big at the 2022 BET Awards. 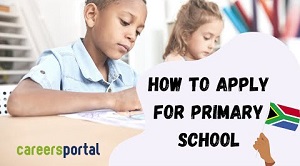