Who are AFDA and what do they do?

AFDA is the perfect place for those wanting to go into film, television, performance or radio and is able to be the stepping stone to having a successful career within the entertainment industry. Keep reading to learn who AFDA are and what they do.

Garth Holmes, co-founder of AFDA, sat down with Careers Portal to discuss who AFDA are and what they do, film in South Africa and shares some of his wisdom!

So you may be wondering what AFDA is, well AFDA is an award winning and accredited tertiary institution for Film, TV and Performance. It is recognized internationally and is a member of CILECT which is an international organization that represents more than 170 Film and TV schools which include UCLA (LA), TISCH (NY), Columbia (Chicago), La Femis (Paris), just to name a few.

AFDA is a private higher education institution which offers higher certificates and degrees at its 4 campuses spread across South Africa. These campuses are found in Johannesburg, Cape Town, Durban and Gqeberha (formerly known as Port Elizabeth).

AFDA is known as "The School for the Creative Economy". Holmes says that the creative economy is the fastest growing economy in the world and that it is critical to South Africa's employment crisis as well as the rest of the world.

He says that the film industry is critical to the South African economy because of the multitude of jobs that it creates. Some of these include food services, hospital services, transport services and hotel services.

Holmes encourages people to pursue careers in film and entertainment even though it is quite uncertain.

"Film-making is something that... shifts that moves and is flexible and adaptable so that's a critical aspect of film making as a vocation or a practice that teaches you many things not just about your craft and your discipline but about life as well," says Holmes.

He advises those who aspire to become film makers to "just get out there and do it" if they have access to resources which allow them to create. According to Holmes the personality suited to this, is a person who is driven and who is willing to persevere through various challenges in order to work their way up to the top of the industry. He says one key to guarantee success in the industry is education.

"You build this wonderful network of people who you are going to be working with in the future. You get an opportunity to try lots of things out and [you experience] the enormous socialisation of you as a human being," says Holmes on the film school experience.

AFDA also offers an Undergraduate Bachelor of Commerce at its Johannesburg and Cape Town campuses. This is a business degree which focuses on business innovation as well as creativity in business.

"It's not your traditional BCom where you do Stats and Accounts, we do none of that. We just do all the hard work and thinking that it takes to create a business," Holmes says.

Students are able to explore entrepreneurial skills and develop them so that they may create businesses. Holmes says the key characteristics of an entrepreneur are that they are passionate risk takers, they enjoy change and finding solutions to the problems everyday people face. He says that entrepreneurship is about taking those risks with the knowledge that most entrepreneurial endeavours do not become a success.

AFDA employs South Africa's top academics and practitioners in order to provide students with a learning system that exposes them to authentic undergraduate and postgraduate learning environments that are relevant to job opportunities both locally and internationally.

Where to find AFDA 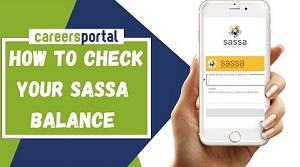