Making A Career Choice Or Change? Here Is The Average Salary You Can Expect To Earn

This year is going to be dotted with increases, from inflation and interest rates to food and electricity prices set to rise. The tough economic conditions will not only force consumers to think twice about spending their well-earned money, it will also see them assess their take-home salaries.

“These increases will mean that every cent is going to count and employees are sure to evaluate their income to ensure it is market-related.

We’re are also likely to see more employees investigating job opportunities, either with their current employer or elsewhere, to ensure their careers are moving forward and with it a salary increase,” says Angelique Robbertse, Product and Marketing Manager for Job Mail.

With so many career choices on offer and the job market being highly competitive, the decision to study or not and in which field can be a daunting one for high school learners. Making a career change isn’t much easier for employees taking stock of their current earnings.

“Changing career paths and linked to this the possibility of obtaining a new qualification is a significant decision to make, especially if an employee is in their thirties and forties with a spouse and dependents,” she says.

It is for this reason that Job Mail has released its first Salary Survey, which aims to help learners and employees make an informed decision when choosing a career based on the potential income it promises to deliver.

“Our survey makes use of data from our site to determine the average salary one can expect to earn when pursuing a career in a particular industry and with a specific job title in mind,” she says. The survey highlights the salaries of junior to mid-level employees from an administrative role all the way through to an engineer.

The Job Mail Salary Survey shows that managers in a junior to mid-level position earn on average between R10 000 and R15 000 per month; a professional career path in the information technology and construction fields can deliver an income of between R17 000 and R25 000 in a junior position and an artisan, such as a carpenter can make anything between R14 000 and R18 000 per month.

“The job market is in flux as employers’ and employees’ expectations change,” she says. Nine to five jobs are no longer the norm as some twenty and thirty year olds are after flexibility and significance, rather than eight hour work days and a high-earning salary. “People also tend to change jobs more often and staying with a company for twenty years is no longer the norm as it was with our parents and their parents,” says Robbertse.

Employers are opting to use more freelancers or on-demand workers who can do the work they like when they want to and at the same time the company can increase its freelance workforce when there is a requirement.

“All these changes, coupled with the current slow economic growth we’re experiencing are impacting salaries. We hope that our salary survey will guide learners in the process of making a decision on what to or if to study and similarly employees considering a career change,” she says.

“Matriculants and job seekers need to do their homework before they decide on a career path. They should also keep in mind that salaries are not only determined by a candidate’s skills and experience, but by factors such as the region the company is situated in and its size,” she explains. 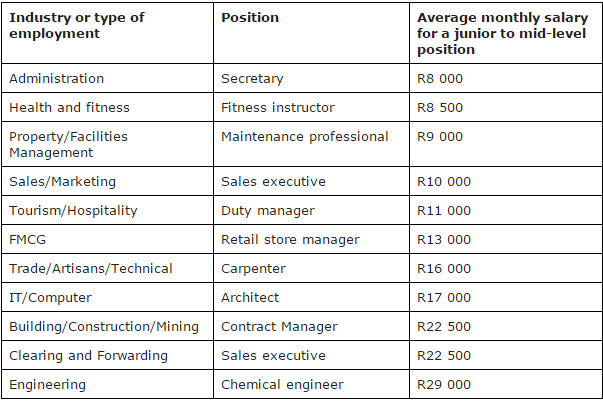 These figures are correct at time of publication. Article published in 2016. 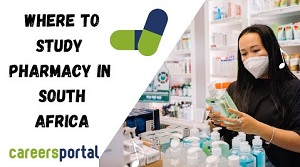